Planetfall Cycle: The Good, the Bad, and the Maybe

Posted by Whingewood on May 26, 2016
Games Warhammer 40K Conquest 2 comments


After a long break from writing articles here on TeamSandcrawla, I thought that I’d herald my return with a second installment of what I hope will be a series of articles. Nearly a year ago I did a review of the Warlord Cycle (check it out here if you didn’t read it). Read full post →

This Saturday, I and several friends from the Berkeley Conquest group headed up to Sacramento to play in Regionals. I took a somewhat experimental Eldorath deck – while I was not entirely sure that this deck was “ready for prime time”, playing it seemed interesting to me and it had done well in testing.

WE ARE ALL DEAD – Full Praetorian Ancient spoiler

Warhammer Conquest: Skulls for the Skull Throne! (Why Ba’ar Zul is Better Than You Think) 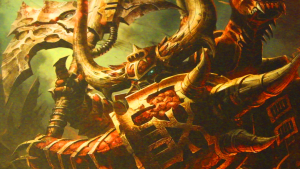 Reaction: After a unit you control at this planet takes damage, move all of that damage to this warlord.

. When this warlord first appeared on the scene, many players seemed to think he was at a similar power level to the hated
Urien Rakarth
Urien Rakarth
The Howl of Blackmane

– which is to say a very low one. However, I recently picked Ba’ar Zul up for a second look, and in doing so found myself quite surprised by just how good he can really be!

I’ve been eagerly awaiting the 2016 Store Championships for multiple reasons:

1.) This is the first year my work schedule has permitted me to attend tournaments on a regularly.
2.) Warhammer Conquest is in a fantastic state right now, and almost all of the warlords are viable.
3.) I’m hoopjoooooooooooones.

Without further ado, let’s jump into the preparation and results of the event.

(Btw, many thanks to Games of Berkeley for hosting the event.

Warhammer 40k Conquest: Planet 7 Victory (Aka Snapshot Before the Carnage)

Just take a look at this insanity.

If one were to describe it…what you see here is the state of awesome-sauce that Conquest lives in right now. You’re looking at a snap shot of my Ragnar deck vs Coteaz. This battle was barely won the battle with a bloodied Ragnar at HQ, with a 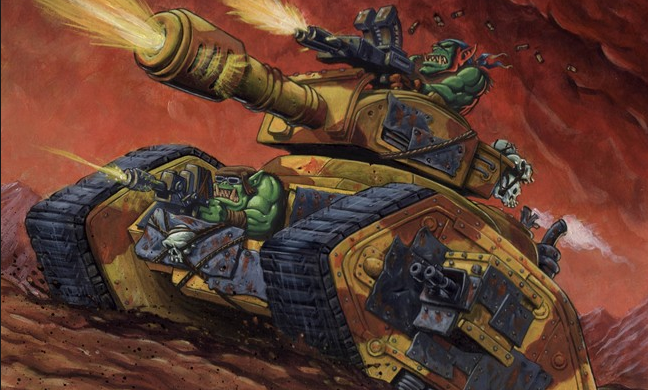 I just received a confirmation that Deadly Salvage will soon be in my hands. YIPEEEEEE!

If you’re interested in checking out a preview of the new Ork Warlord, check out this Gorzod playtest video collaboration between Teamsandcrawla and The Hive Tyrant

Warhammer 40k Conquest: Are We Entering a Toolbox Meta?

It should come as no surprise that as we advance into the 2016 Warhammer 40k Conquest Store Championship season, deck testing and play testing is at a heightened state. With the power creep of the Planetfall cycle in full swing, I’ve seen a massive shift in the strength of established warlords (and their top tier cards) that has given me a new outlook on deckbuilding. Are we entering a phase of a toolbox meta where every warlord is cutting corners to compensate for the new normal?

Yes, It’s me again, good ol’ hoopy jaloop doop jones. After a bit of a hiatus (aka #boatgate2.0)  and with a lack of truly meta shifting cards from The Great Devourer, I’ve been having fun with “lol fun tier 1.5” warlords that I have been meaning to playtest. I felt like it was time to dive back into the game again with a Warlord who is not discussed very often these days: Colonel Coathanger Torquenada. Or something like that.

When Coatslang Tornado was first spoiled, woo boy did I hate on this guy bad. In some ways, I still sort of hate on him bad, but after some massive research and games under my belt, my opinion has definitely changed. Do I think he is t1? Eh…not exactly. Can he give t1 decks a run for the money? Definitely.


“Your shrines will burn, your streets run with blood, your false idols shattered, your people slaughtered by the thousands, your very planet torn apart… and the barest fraction of my hatred will be satisfied.” – Ba’ar Zul the Hate-Bound

He is an angry chap, as you would expect from a warrior of Khorne. Speaking of which, it’s about bloody time that there was a Khorne warlord (pun intended)! Whilst the fortunes and power of the various Chaos gods have changed over the years, Khorne, and by extension the World Eaters, have always been popular. Personally, I used to have a World Eaters army way back when, so it will come as no surprise that I was very happy to see this preview.